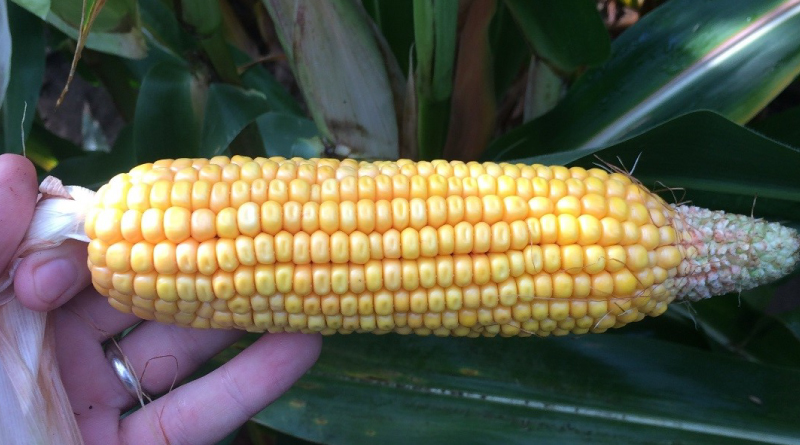 Many growers this season are seeing tip back in their corn crop. This phenomenon can be seen almost every year in different areas of the corn growing region due to various reasons. Tip back is when grain has not filled all the way to the tip of the ear. Tip back often looks like an empty cob sticking out the tip of the cob as well. Tip back can be seen in many different genetics from a diverse set of germplasm and is not specific to any certain hybrid or seed company. There are many reasons the tips of the ear do not fill completely.

One cause of tip back is stress at pollination. Drought during pollination can delay silk development and in turn, the kernels at the tip of the ear are the last to pollinate. If silks attached to the tip do not emerge to receive the pollen until after pollen shed has ended, tip back will occur. However, this is not the most common reason for tip back this year. Most of the tip back I have seen this summer has aborted kernels on the cob, meaning the plant went through stress after the pollination period. Aborted kernels mean successful pollination occurred, but the plant decided it would not be able to support all the kernels pollinated.

Any stress in the period immediately following pollination can result in aborted kernels. Aborted kernels usually start at the tip and work their way to the base. Final kernel number is determined in the 18-20 days between pollination and the R3 growth stage (milk stage). Any stress limiting the amount of energy the plant can produce can cause kernel abortion. The most common of these stresses is drought. Deficiency of water will limit the amount of transportation and photosynthesis the plant undergoes. Excessive rainfall or irrigation can cause saturated soil which will limit the amount of oxygen available to the roots which can also cause kernel abortion. Too much or too little water is one reason a plant will abort a portion of its kernels.

Another reason is high nighttime temperatures. If temperatures do not drop below 70 degrees Fahrenheit, the plant does not have adequate time to recover from high daytime temperatures and respiration rates stay increased throughout the night wasting needed energy for the kernels.

Two other factors that limit the amount of photosynthesis are foliar leaf diseases and cloudy days. If there are heavy foliar diseases present or an extended period without sunshine, plants start aborting kernels because there is not enough photosynthesis transpiring to support all the grain fill needed. Additionally, nutrient deficiencies can cause aborted kernels. If a plant is deficient in any nutrient, it can lead to some kernel abortion.

This article was originally published in the 2018 Burrus Seed Harvest Report. 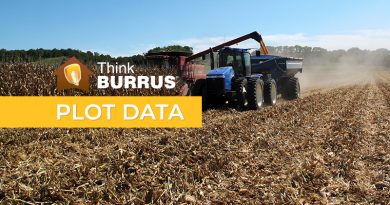 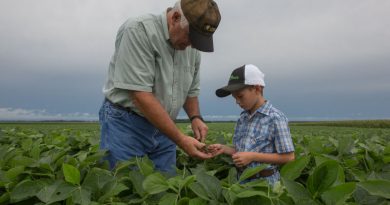 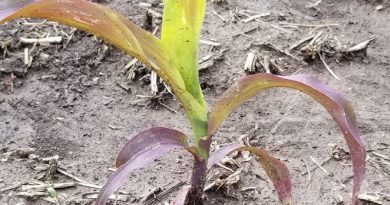 Searching in the Journal Courier archives from the fall of '72. Performance matters for 50 years straight! #Thinkburrus 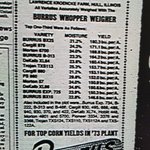 🎁Treat yourself to 10% off your #plant23 #BurrusSeed order when you pay by December 10 with our Early Pay Savings program! 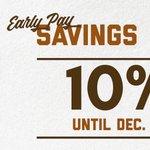 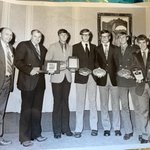 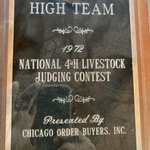